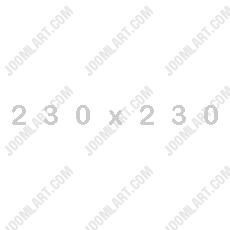 About ten days ago chess World was shocked by New York Times allegations of the Turkish Chess Federation (later TCF) president Ali Nihat Yazici buying votes of the delegates in order to win chess OL 2012 in Istanbul. The revelation itself (strange enough) came from the TCF financial audit where it stated that TCF president has spent approx 90.000,-euros for the delegates travel, stay and other costs.

Confronted with the issue Mr. Yazici admitted to NY Times that though he did help delegates (who otherwise could not have come) with their travel, he did not spend a single cent for the delegates airfares! Such a contradiction in a one single statement can only mean that a) guy is overconfident in his political position  or b) he is completely insane or c) (the most likely in this case) both.

How do you help someone travel from point A to point B without spending any money on his travel? The best solution I would suggest would be using a famous Aladdin Flying Carpets (probably Ali Nihat found them in Grand Bazaar).

Situation heated up and last weekend TCF had a general assembly in order to approve the financial statements and money spent. Being a true patriot Mr. Yazici honestly admitted that in order to serve a Turkish national interest and bring the Olympiad to Istanbul he should be allowed to bribe.

Fortunately for Ali Nihat 67(out of 119) TCF assembly members have agreed that in order to serve the best of the National interests TCF president should indeed be given a James Bond kind of licence.

Buying votes has been a matter of speculation for many years within FIDE and natural question is : did TCF president “stimulate” delegates to vote only on the Istanbul 2012 OL issue or is it a wide practice going as far as FIDE Presidential elections?

I would say that buying votes, buying people, is not a matter of situation - it is a matter of character.

In Torino 2006, former SWIFT president, Belgacom CEO, accomplished business leader and a known chess mecena Dutchman Bessel Kok decided to run for FIDE president and in the democratic election defeat the current autocratic FIDE president and finally bring to the chess community everything Western values stand for. Naturally, Bessel could not do it alone, so his newly formed team included two impeccable freedom fighters. Two personalities led by principles, turning down any potential bribes and ready to sacrifice everything for the values they stand for. Those two freedom fighters were Ali Nihat Yazici and Geoffrey Borg. According to Mr. Yazici story, current FIDE president has in 2006 election offered him a different sort of bribes - Vice president position within FIDE, direct cash, than even more cash…you name it. True to himself and his principles, freedom fighter Mr. Yazici turned down all this indecent proposals.

Today both of our freedom fighters belong to the inner FIDE circle. Mr. Borg having had a different well paid FIDE top functions, while Mr. Yazici is currently FIDE Vice presidents and one of the strongest supporters of everything he (as a freedom fighter) in 2006 fought against.

According to his own statements, after 2006 election, Mr. Yazici finaly saw” the light” and recognized the genious of the current FIDE president.

Now, we come to the second part of the “democratic election”, OK you have a budget to spend for “the higher cause”, you have unmistakenly identified the target (after all you are top professional there, veteran with  years of experience),but how do you ensure that the agrrements would hold and “the right cause” be supported, because…..you know…..people..could be…. treacherous.

So, (now comes the best part), in order to ensure  “the legitimate” voting procedures, you take the proxy of your “business partner”. Country of my birth, Bosnia & Herzegovina, has recently entered this grey alley. Having, a close historic ties with Turkey and being one of the brotherly nations Bosnian ailing chess federation recently received a financial help (approx 25.000,-euros) from the big Turkish brother.

Naturally, even without  this financial injection Bosnia would have supported the interests of its Turkish brothers.

Also, it would have been terrible if Bosnian official delegate would make a mistake in the voting box crossing a wrong political option (because, you know….vote is secret). So, what we do, (to ensure the correct decision and no mistake in proceedings),…. while official Bosnian delegate (and federation vice president) is underway to Khanty, Ali Nihat already has Bosnian voting proxy.

At the FIDE congress itself , Bosnian delegate Mr. Bogut, turns out to be a loose cannon and (can you believe it !) decides to show up and would even like to vote (also having a major argument with TCF president and proxy behind ones back practice)

True to himself, a freedom fighter, and a staunch democracy supporter Mr. Yazici, naturaly withdraws given proxy and happily allows the present delegate to vote.

During the OL in Khanty I have heard about a dozen of similar stories, only this time without loose cannons