For the past few days I have received e-mails and phone calls from various
members of the chess family, most of them being Presidents of national federations. All of
them have expressed a deep concern and resentment in relation to the 40th Chess
Olympiad in Istanbul.
To be more precise, the level of costs for accommodation and conditions the
organizers operate towards each federation are historically negative.
Also, as the President of a national federation, I was shocked when I saw the
invitation and the regulations.
Only 3 rooms / team, combined with extremely high price for accommodation. If you
compare their prices for a single room in a 5 stars hotel that you can achieve on the
internet at the same hotel, it means that the food should cost more than 120€/day. And,
from what I know about the prices level in Turkey, this food has to be legendary. I am very
surprised that the organizers have not been able to make a better deal than this,
especially when they have more than 30 000 nights and boards which gives them
extraordinary negotiating and purchasing ability.
Until now, I did not feel the need to deal with the rules of FIDE concerning the
organization of Chess Olympiad. This time I am obliged to do that. The conclusion is clear
– the rules are good, but none of the important stipulations of the rules has been complied
with.
It is stated in the rules that the contract between FIDE and the organizer on the
organization of the Olympiad has to be signed three months after the organization of
Olympiad is awarded. Mind you, the organizers of the Olympiad in Tromso signed the
contract in October 2011, which is almost three years before the beginning of the
Olympiad. Also, FIDE and the Turkish Chess Federation signed the contract on 29 April
2012, which is less than four months before the beginning of the Olympiad! Maybe not
needless to say, the rules say that the organizer is obliged to deliver the invitation to FIDE
office six months before the beginning of the Olympiad. In this case, the invitation was
published a bit more than three months before the beginning. Last but not the least, the
rules say that the future organizer is obliged to provide FIDE with the bank guarantee in
the amount of 1 million Euros, in four annual installments. As a FIDE PB member, I am no

familiar with the fact; however the FIDE Treasurer probably knows if the organizer
complied with the rule. He also probably knows if certain measures had been taken if the
rule was not complied with.
All of the above-mentioned would not be a problem if the federations were not faced
with a huge problem after that – the drastic rise in prices and expenses. For the first time
in history, a man, if he is the captain of a women’s team, will not be provided with a single
room by the organizer. ’Find a solution on your own, make arrangements with some other
team’ is the organizer’s message in the regulations. Could any reasonable person even
imagine such a situation – the captains of the Russian and Ukrainian teams having
preparations for the final match with their chess players - in a shared double room? If it
were not sad and cynical, it would be funny. 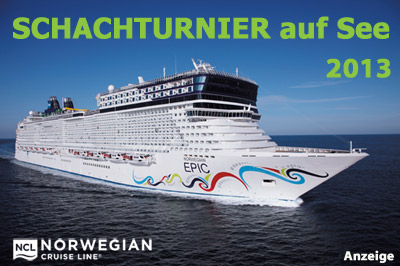 Let’s take a look at the financial repercussions of all this – let’s assume that a
national federation sends a man to the Olympiad as the women’s team captain. In
addition, it is logical that at least the captain and the best player of a men’s team are
provided with single rooms. Finally, any serious federation would like to send a coach with
each of their teams. The expenses of such a ’pleasure’ amount to 12,600 €! At the last
Olympiad, the price would amount to acceptable 5,000 €.
As a chess organizer, I am sure that around 1,000 persons will use the service of
’separation’ of double rooms or additional rooms that should be paid for. The difference
between the highest price in the previous Olympiads and the prices in the Olympiad in
Istanbul is more than 1 million Euros.
In addition, in the bid for the organization of the Olympiad, it was not stated that
each participant will have to pay the ’organization fee’ in the amount of 100 €. Again very
easily we can realize that more than 2,000 participants at the Olympiad and FIDE
Congress will additionally pay around 250,000 €.
To be more precise, apart from the venue, basically nothing was stated in the bid.
With that being said, the organizer was able to do whatever he wanted – to set the prices
he wanted, to choose the hotels at the airport, railway stations or any other place. FIDE
was the only one who could and had to prevent the organizer from doing all that. But now
we should introduce a very well known phrase – the conflict of interest. Is it realistic to
expect a person to prevent himself from creating hotel prices or to award the organization
of an event to some other organizer because he has not complied with the rules? Could
anyone imagine that a person files a lawsuit in the court against himself, and then writes
an appeal and a response and appears as a witness on both sides?
At the end of this letter, I have to point out that I am not very much satisfied with the
fact that I am the first to react to this problem. However, as the Continental President, I
could not remain silent. I could not remain blind and deaf to the fact that almost 1, 5 million
€ will unnecessarily be gone from the budgets of national chess federations. I am not the
one who should deal with the place where the money will end, but this question is open:
Where does this money go and what for? I raise my voice with a clear message – the
breach of rules at the expense of national chess federations and chess in general has to
stop. Now. Enough is enough.